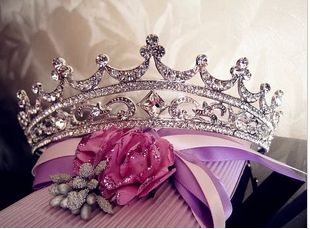 Quinceanera Q & A: a Primer for Your Non-Latino Friends

Pretty much everyone in your family and church circle knows what a Quinceanera is, where the celebration came from, and why it’s more than just a fancy birthday party. But have you found yourself trying to explain your Quinceanera to people outside your family and church circle? You may also find yourself repeating things, especially to the families of your non-Latino friends who you invite to be in your court of honor. To help you out, we’ve put together an easy Q & A with 15 of the most commonly asked questions regarding just what makes your Quinceanera one of the most important days of your life.

The celebration itself supposedly comes from the Aztecs who held a celebration to prepare each village’s young women for marriage and their new role in society. Today’s celebration comes from Mexican history and is a mix of Spanish and Catholic traditions that creates a unique celebration.

The spiritual component is the key. A Sweet 16 is a milestone and is sometimes celebrated with a debutante ball where the girl is “presented to society.” The Quinceanera also introduces the girl to society, but a Quince puts a lot more emphasis on a young woman’s role in the church and family, hence the special ceremonies in the Mass.

Anyone can have a Quinceanera, but it’s more common among Latino families. In a mixed marriage where one parent is Latino and the other is not, having a Quince usually depends on the traditions of the Latino parent’s family.

The Quince dress itself is meant to symbolize womanhood. For the birthday girl, it’s intended to indicate that she’s ready to leave behind her childish ways—and “little girl” clothing—and become a woman in a formal gown.

Originally, the dress was always white to indicate the girl’s virginity because, at the time, a dress of any other color meant that a girl had lost her virginity. Nowadays Quince dresses come in a rainbow of colors, including dramatic black. In some families and social groups, and especially because of the influence of the Church, light pastel colors are still strongly encouraged.

Each couple or person in the Quinceanera’s court of honor is supposed to represent one year of her life. Not everyone has that many attendants, though. It’s common these days to have either 7 couples plus one male escort, or even variations of 3 or 5 couples plus her escort. Some girls have an all male court—usually 7 male friends and/or relatives of her choice, one of whom is her special escort.

During the Mass, the birthday girl is given a special blessing by the priest and usually a Bible, prayer book, and/or rosary by family or friends. This benediction is supposed to strengthen her faith and give her courage and determination to carry out her new duties. Most Quinceaneras are also expected to take preparatory classes before the Mass and sometimes are expected to take a more active role in Church activities after her birthday.

It’s traditional for the Quinceanera to enter the church in flat shoes—still as a little girl—and then change into high heels at the end of the Mass. Usually, her father will help her into her shoes, or it could be a significant male relative. Some Quinceaneras wait to change their shoes at the reception so as to make a bigger statement that everyone can see.

It’s tradition in all cultures for “breaking bread” to be an important part of a meaningful celebration. The Quinceanera cake is a symbolic way for the birthday   girl to “feed” her friends a family just as she will be as a young adult preparing family dinners.

Some families use real champagne so that their daughter has her “first taste” of adult life. Other families prefer to use sparkling cider. These days it’s a matter of personal choice.

Dancing traditionally signifies an entrance into society, and in the past, tradition held that a young girl was allowed only to dance with other girls. The symbolism behind the waltz at a Quinceanera is similar to that of a Sweet 16 or debutante ball where the girl is publicly recognized as an adult who can dance with men.

To that end, tradition holds that the girl dances first with her father or father-figure. After that, he symbolically “allows” others to dance with her. The old-fashioned traditional fairytale waltz follows and then there’s usually a surprise dance for the Quinceanera and her court to entertain her guests with something more adult like hip-hop or a bachata with her male escort.

It’s an honor to be invited to share in the celebration of a Quinceanera. The birthday girl will let you know how formal her party will be based on the invitations but in general, treat a Quinceanera as you  would a wedding. Dress up, expect to be well fed and probably entertained with dancing, and plan to take a nice gift. Some Quinceaneras make gift choices easy by creating a gift registry very much like a bride would.

For some fun reading about how Quinceaneras are celebrated in different parts of the world, check out this blog: http://qbydavinci.com/blog/how-quinceaneras-are-celebrated-around-the-world-a-review/ 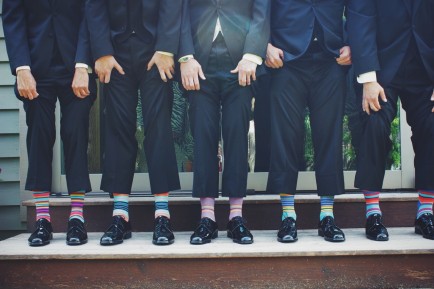