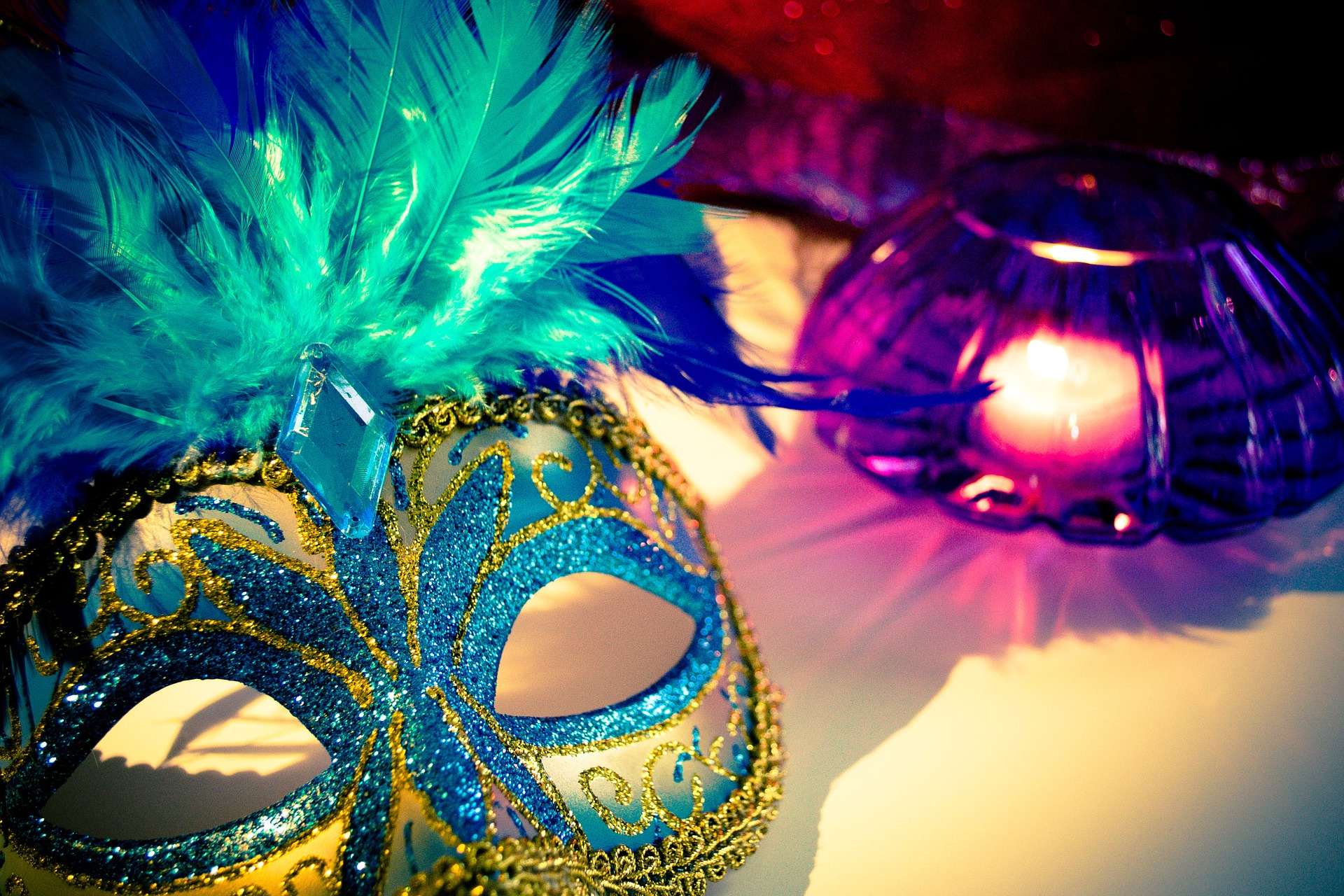 The Who, What, and How of Your Quinceanera

So you’re turning 15 and looking forward to your Fiesta Quinceanera. Congratulations! But just how much do you really know about this celebration in the first place? Turning 15 is special because it’s the time in your life when your body transitions from being a girl to a woman, and is also a time that tests you in unique ways. Whatever it means to you, your quince is a truly special event because you get to cherish both being a girl and facing the challenges of womanhood, all in one day!

Most Latin American families consider a girl’s 15th birthday of the utmost importance and treat it much like a wedding. The parents of the celebrant spend generously on the many elements that make up a Quinceanera: the celebrant’s ball gown, dresses and tuxedos for the damas and chambelanes, and the celebratory feast.

Here’s a guide to understanding the importance behind celebrating your Quinceanera and the special traditions that many Hispanic and Latin American parents anticipate sharing with their daughters.

How Did the Quinceanera Begin? 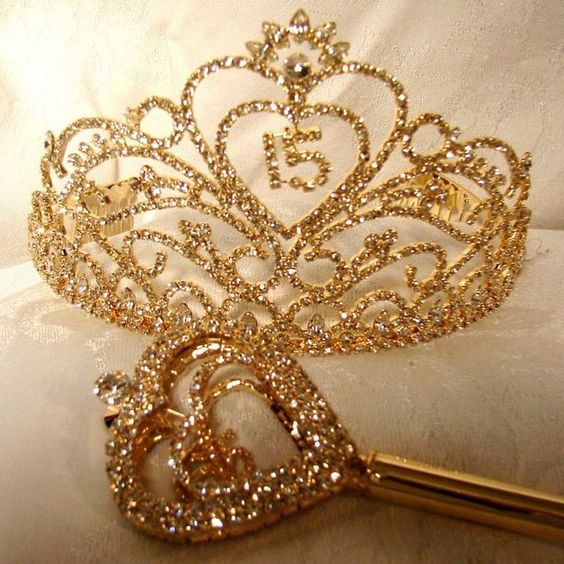 In ancient times, the Aztec culture common in the Latin American region began to celebrate the time that a girl becomes a woman. This was their special way of paying tribute to the girls in their village who would be likely soon become their wives and bear their sons.

If you were the celebrant, you’d be called La Quinceanera. Other names were Quinces and Fiesta Rosa. There were also some interesting differences based on region. For example, in Mexico, a male guest of honor gave the girl’s family a dowry—very similar to a marriage fund—indicating his intentions of marrying her in the future, and is now making it official.

Over time, the Quinceanera evolved, was influenced by Spanish colonization, and this resulted in many practices unique to each country. However, one aspect remains: The traditional Mass celebrated before the feast. The Quinceanera celebration’s religious background most likely came from the Catholic traditions influenced by the Spaniards.

Nowadays, women are held in higher regard as compared to centuries ago. If you grew up then, you’d be expected to marry and become a mother very soon after your 15th birthday. Luckily, history has made it more fun for women, and you get to say when you’re ready to get married. This is also good news because you now have a fantastic excuse to throw a truly awesome 15th birthday party!

The one holdover across the board is the religious celebration that opens each Quinceanera. It’s common in Latin American traditions to celebrate a Mass either during or before any significant event—the same concept that often weddings today are not a wedding “ceremony” but a wedding “Mass”—and this still holds true today for the Latin American Quinceanera.

Some still follow the tradition of having a royal court, complete with 14 couples plus an escort for the celebrant. Nowadays, some celebrants choose to have a big party instead of having friends perform traditional dances. Others switch up the tradition and have dances with a modern flavor while remaining faithful to the rest of the details that keep the Quinceanera a significant celebration with their friends and family.

What Details Make Up a Quince? 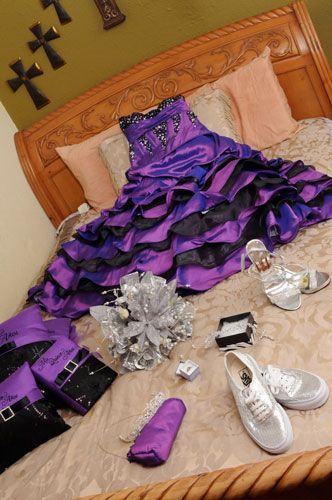 The royal court—Corte de honor—is made up of the celebrant’s best friends who often perform a traditional waltz during the celebration. If you’re going to strictly follow tradition, the court plans 3 or 4 performances plus a surprise dance number for the celebrant.

Aside from a beautiful Quinceanera dress, the celebrant also wears a tiara or a unique necklace or bracelet. This distinctive jewelry is a mark of family splendor and is the tradition that sparked throwing a lavish party. These decorative pieces are often gifts from the girl’s parents or godparents.

A special emblem is also part of the original tradition and is customized for pillows, glasses, and a special doll that serves as a remembrance for the celebrant. Instead of an emblem, sometimes a simple XV—the Roman numeral fifteen—is used for the party favors.

In cases in which the Quince girl has a younger sister, she will pass the Last Doll to her. If she has no sister, then usually a younger relative gets the doll.

It’s customary for the Quinceanera to wear flats for the Mass and the opening of the party, then change into high heels. This is another symbol of her transformation into a woman. It’s also traditional for the celebrant to have a formal portrait taken with a Bible to represent her dedication to God. From time to time instead of a Bible, a bouquet of flowers is featured.

What Happens During a Quince? 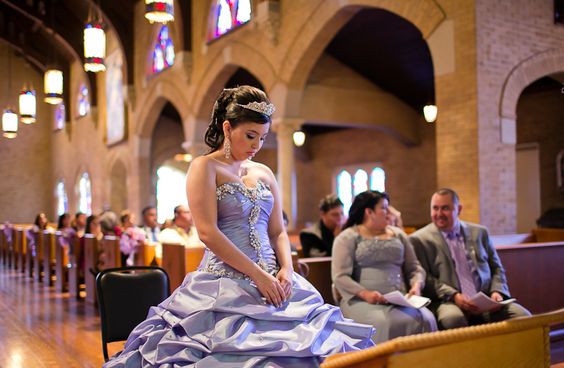 A Quinceanera always begins with a church celebration. It’s important for the celebrant to reaffirm her dedication to God and her promise to remain pure until she marries. The priest will give his blessing, and she then receives her Bible or a bouquet of flowers.

The party often opens with the ceremony of changing her shoes. After she has put on the new shoes, she will dance with her father—who often helps her into her high heels himself. She can dance with her escort immediately afterward rather than her father, but that’s not the traditional custom.

Before the feast, there’s a brindis—a toast—commemorating the celebrant and honoring the childhood she’s just left behind as she’s now entered society as a woman. During the toast, it’s common for the parents to give speeches.

In traditional Quince celebrations, the royal court—the damas and chambelanes—perform the first dance. This is similar to a cotillion because they dance the waltz. It may be quite elaborate and take as long as 5 or 10 minutes. In the lavish celebrations, the Corte de honor will dance twice more. They’ll also plan a surprise dance which is their gift to the celebrant.

Once all the dances are complete, the Quinceanera does the rounds, greeting her guests and giving thanks for their presence. A typical celebration may last up to 6 hours—from the beginning of the Mass to the end of the party—during which the guests can enjoy food, games, and dancing to contemporary music or a performance by a live band.

How Do I Plan My Quince? 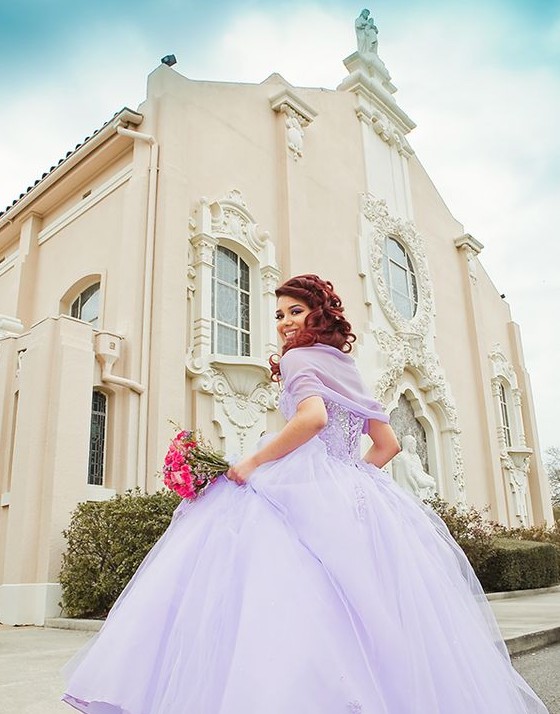 Start by choosing the church for the religious ceremony. It’s always better to choose one that’s reasonably near the reception area and also accessible to your guests. Once you’ve made your decision, you’ll go to the church office and schedule a Mass. You’ll most likely be asked to make a donation rather than a formal payment. You’ll also be asked if you would like to select a priest or if you’ve already decided who will say Mass.

If you want to have a royal court, telling your friends early on that you’ll be asking them to take part is a good move. This lets them prepare ahead of time so that when it comes time to issue the formal invitations, you’ll be less likely to be turned down.

Some families take up to a year for planning, especially for massive celebrations. Others who opt for smaller and simpler celebrations begin their schedule 4-6 months before the day itself. Usually selecting the caterer and the venue takes up most of the time because you’ll want to go to different sites and try out their catering services until you find what you’re looking for.

When it comes to celebrating your Quinceanera, you’ll find collaboration with family, friends, and your planners to be crucial. It’s best to plan ahead—way ahead—and start thinking about exactly how you want your Quinceanera to be. Then when it reaches the final stages, you’ll have a clearer picture of what this, your most important birthday celebration, will be like. 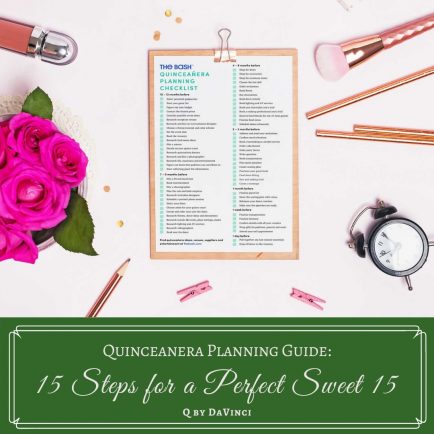 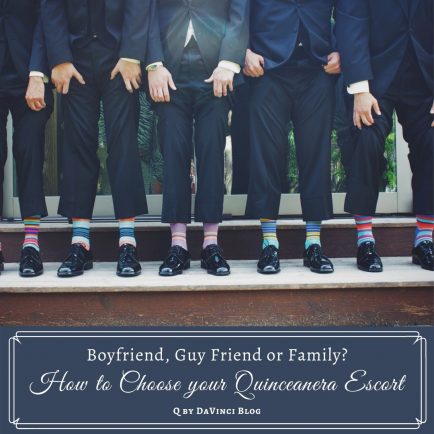 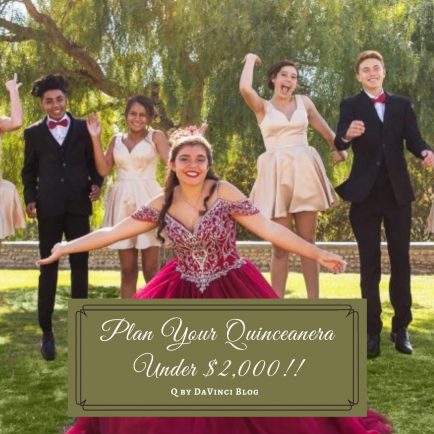 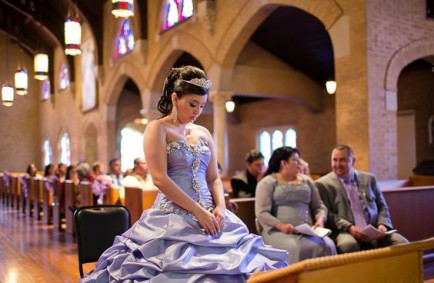